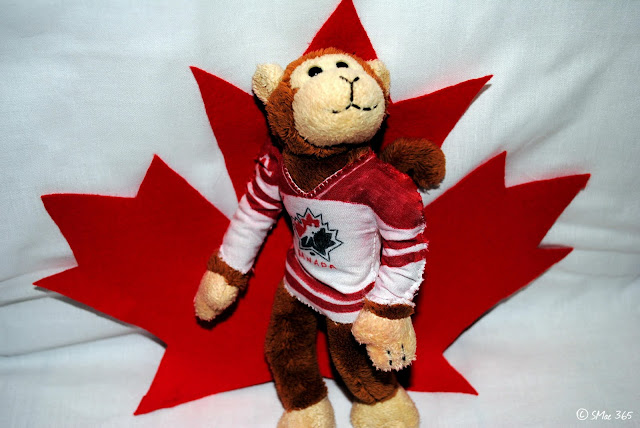 So I am kinda late if you go by UK time, however since I have been following the winter Olympics so closely I figure I am basically on Pacific Standard Time.

This is my monkey Monty, he may feature in a few of my photos throughout the year.  I made him a Team Canada jersey for the big game tomorrow and he wanted to show it off.   I made it kinda small so I had to do some tailoring which is why the photo was kinda late.

Canada holds 12 gold medals so for in these Olympics.  Can we over take the former Soviet Union which holds the record for the most gold medals won in the Winter Olympics?  They won 13 in the 1976 Olympics in Austria.

No responses yet to "Day Fifty Eight"