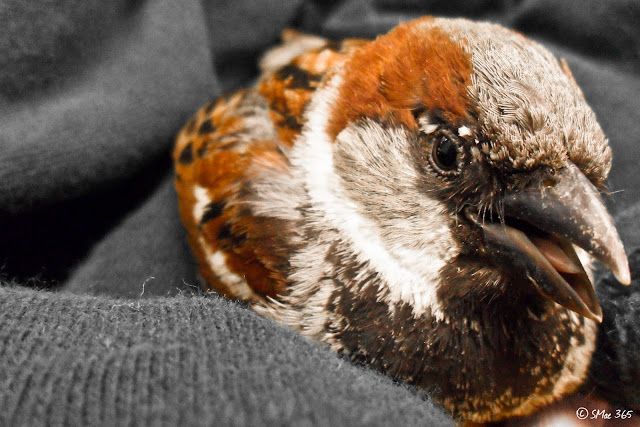 At the end of the day my co-worker noticed that this little bird was stuck in out centre. When the kids noticed it the little guy got scared and tried to fly out but flew into a window. We got him in a box and called SPCA but he flew out after about 10 minutes so we spent a hilarious 20min trying to capture him. He ended up going out the door eventually, I hope he is ok after flying into the walls so many times!!!

No responses yet to "Day One Hundred & Sixty Eight"